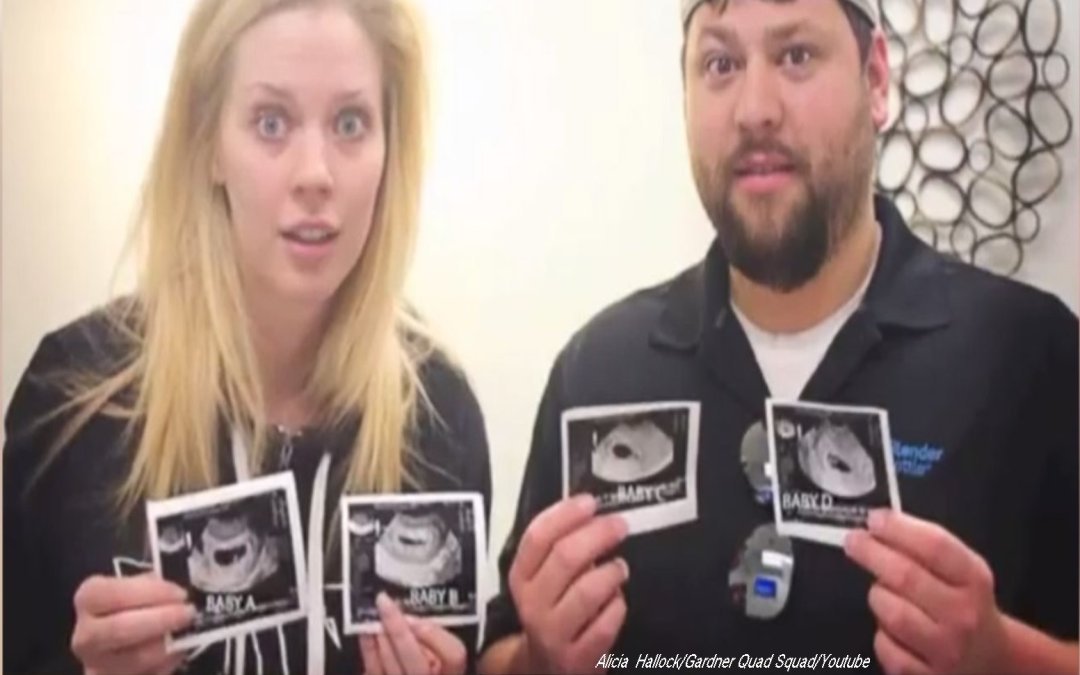 For eight long and tiring years, Ashley and Tyson Gardner from Utah have struggled to conceive. The couple admits that their infertility journey has been difficult, yet, Ashley wanted to share their story as a beacon of hope to those in similar situations.

In July 2014, Ashley and Tyson had enough money to go for one last round of IVF (in-vitro fertilization). For two weeks, the couple was privy to anxiety, regular ultrasounds, blood tests, and more. At this time, the doctor told Ashley that her endometriosis had compromised her eggs. Only two embryos were transformed.

It would take 10 days before Ashley and Tyson would know the fate of their last two embryos. Tyson arranged a photo shoot to capture Ashley’s reaction when the doctor would finally confirm that they were pregnant.
The surprise wasn’t going to stop there. In fact, it would only get bigger.

On the day of their first ultrasound, Ashley and Tyson were expecting to see one glorious heartbeat. The cameras were rolling, and the doctor revealed that their last two eggs from the IVF treatment had split. Ashey wasn’t pregnant with one baby or two but….four identical baby girls.

This was a one in 70 million chances of happening in an IVF treatment.
Watch the video below to see how Ashley and Tyson reacted to the news of their surprise quadruplet girls.