Mom Thinks Baby’s Gender Is The Only Secret, But After Seeing Unexpected Message on Her Baby Bump Loses It 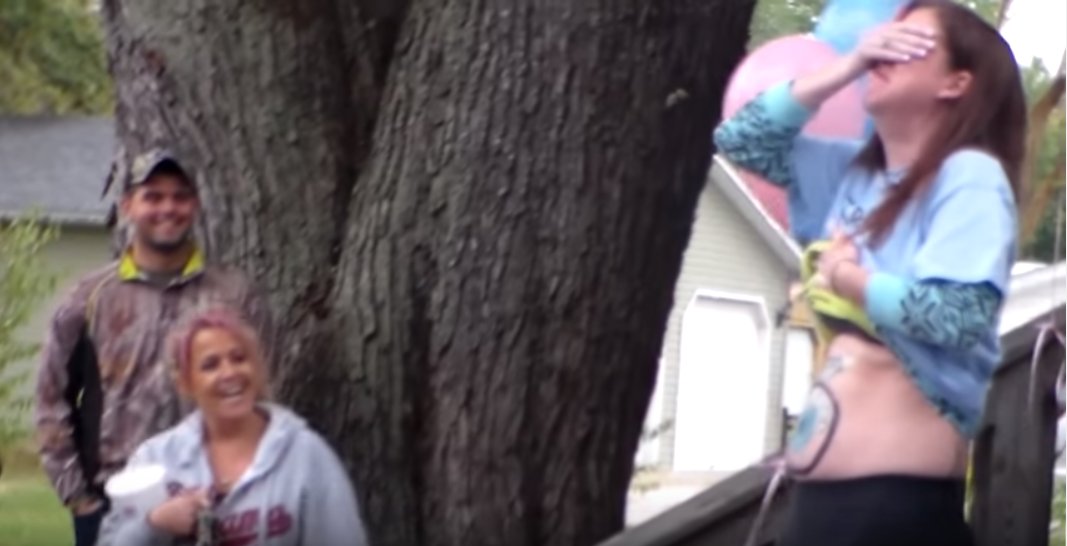 October 3, 2015, was a day to remember for this mom. Her traditionally planned gender reveal party was about to become life changing. Dad was Team Pink, and Mom and their son were Team Blue.

The day had been filled with activities and events. Starting with a scavenger hunt, Mom, Dad and Son were led to the venue for their gender reveal party. Anticipation was rising.

First stop in the Scavenger Hunt was Big Lots which sent them straight to Grandma’s home which had been decorated with contests, pink and blue balloons. All the guests were joining in the festivities with some being painted with body paint.

Mom was to be blindfolded while her pregnant belly was painted either blue or pink. Once the artwork was complete, she would be led outside to lift her shirt and reveal baby’s gender to herself and the guests.
When she finally looked down at her bump, Mom saw that she was expecting a baby boy as she wanted…but…there was more. A diamond ring was painted around the blue baby on her baby bump.

Her gender reveal surprise party had turned into a wedding. It turns out; she already had her wedding dress which her friends had told her was part of their modeling in a bridal show – a ruse for sure.

Everything had been arranged for Mom to get ready to turn into a beautiful bride. With family and friends to help her with makeup, hair, and flowers, the day turned out to be beyond her wildest imagination. Love, family, dancing and memories make this gender reveal party worth sharing with your Facebook friends and family.

Here’s the video of this emotional and beautiful surprise.