New-born Adoption Is Underway, But When Dad Looks Closer At Birth Mom, He Realizes He’s Seen Her Before!

Walt was ten years old when God gave him a vision of his daughter. The vision was so clear that he could see her face and knew that her name would be Chloe.

At that time, Walt had moved neighbourhoods and soon befriended a young girl called Annie. Living just across the street from each other, they soon became best friends.

As they grew older, Annie and Walt’s friendship grew stronger.  It was only a matter of time before they feel in love and got married. As Annie put it “Walt felt like home to be from the very beginning.”

During this time, Annie shared with Walt that she had always wanted to be a mom and that she even had the name of her future daughter. When Walt asked her what the name was, he was stunned to find out Annie would call her daughter Chloe.

This must be fate! Both Annie and Walt were amazed that they shared the same name for a daughter.

At first, the happily married couple chose to embark on travels, mission trips and other adventures before settling down to raise a family. When they did start trying to fall pregnant, they would struggle with four years of infertility.

During this time Walt clung to the promise God had given him about his daughter while Annie struggled to hold onto hope.

Over time and after much heartache, Annie finally decided to approach Walt with the option of adoption. For Walt, this wasn’t part of the plan. As time went on, Walt agreed to pursue adoption with Annie. They were both skeptical about the process but began it nonetheless.

One day, Anne got an email from the adoption agency telling her that they were about to be parents. “It’s a girl” read the email. The pregnant mom-to-be had chosen Walt and Annie to be her unborn baby’s parents. Could this be their little Chloe?

Still having concerns, Walt and Annie went to meet the birth mom. When they met her, Walt was stunned. Watch the video below for the rest of the story and SHARE WITH YOUR FRIENDS ON FACEBOOK! 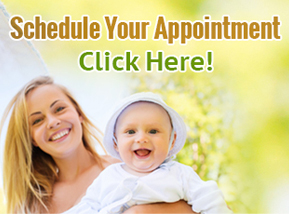